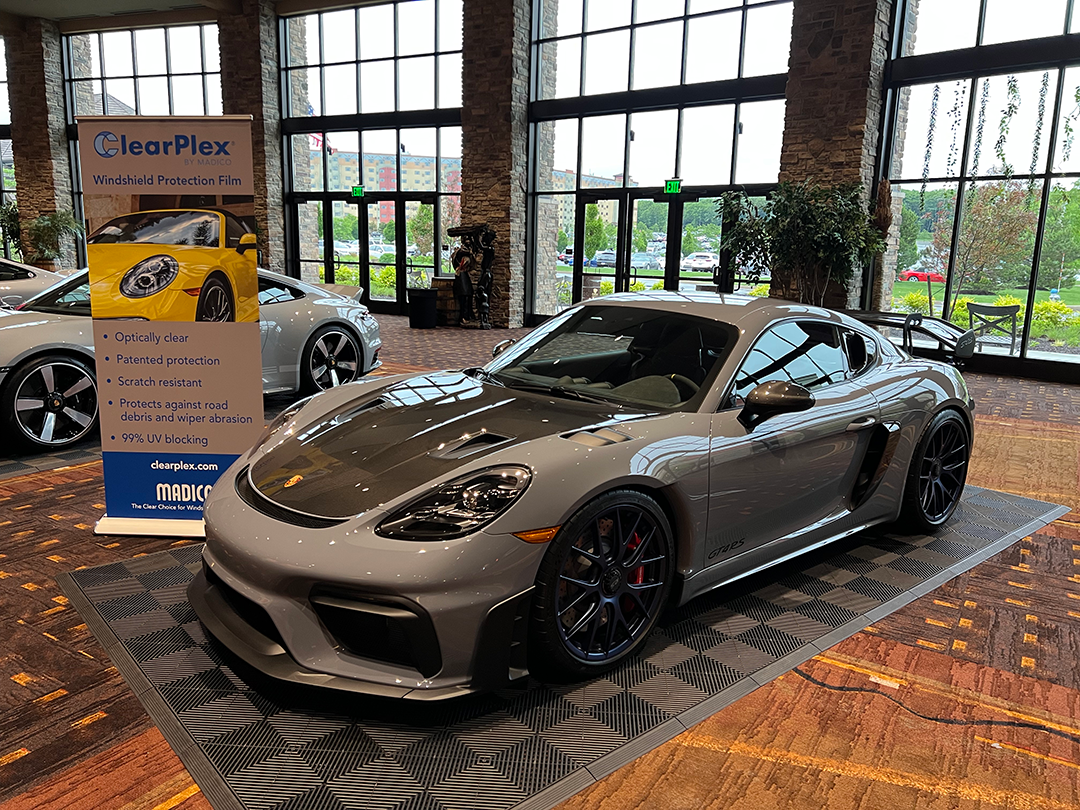 ClearPlex Nano-Ceramic Windshield Protection Film is an IR & UV rejecting, light VLT, exterior-applied protection film geared for the auto and mass transit markets. ClearPlex NC is a 2-in-1 product that integrates IR-heat rejection that was previously only found in interior-applied auto films. Protect your windshield and keep your cabin cool with ClearPlex NC.

As a “2-in-1” product, ClearPlex NC contains Nano-Ceramic Infrared Radiation inhibitors. These inhibitors block the amount of heat that enters the cabin keeping the driver cooler and lessening the stress on a vehicle’s A/C system during those hot summer days.

ClearPlex NC is an exterior installation so there is no worry about the risk of damaging expensive electronics housed in a vehicle’s dash.

Due to the innovative new construction, ClearPlex NC will shrink easier and faster than any other PET-based WPF. Installers should expect to save up to 50% on their labor and have significantly less waste due to the ease-of-installation aspect of ClearPlex NC.

Who should use ClearPlex Nano-Ceramic?

ClearPlex Nano-Ceramic is ideal for luxury and classic vehicles and for all vehicles equipped with ADAS (Advanced Driver Assistance Systems) windshield technology. These vehicles have windshields that can carry high replacement costs. The average replacement cost of a ADAS equipped windshield is $1500.* ClearPlex film is also perfect for fleet vehicles such as buses, delivery trucks/vans, and rental cars because ClearPlex helps keep these revenue-generating vehicles on the road. ClearPlex is also an excellent product for recreational and off-road vehicles as well as for anyone interested in deterring smash-and-grab thefts.

How does ClearPlex NC windshield film and installation compare to automotive window film?

ClearPlex film and automotive window film are both polyester-based films which require heat molding to be properly installed. Due to the thickness of ClearPlex, installation takes a little longer and requires more heat to properly mold the film to the windshield. ClearPlex NC is actually slightly easier to heat shrink.

No, ClearPlex NC is optically clear and will not impair the driver’s vision.

Will ClearPlex NC remain adhered to the windshield?

The use of an automotive protective wax such as Turtle Wax, NuFinish, RejeX or Meguiar’s Wax is an essential part of the maintenance program for ClearPlex windshield protection film. The wax will maintain the scratch resistance and water repellency of the ClearPlex film when it is used as directed. The wax also seals the ClearPlex film against bird droppings, bugs, oil, tar, grease, dirt and grime. The installer will apply an initial amount of the wax at the time the film is installed on the windshield. The vehicle owner should continue to apply wax to the windshield every month during the life of the ClearPlex film.

ClearPlex uses a unique adhesive that keeps the film adhered tightly to the windshield but is not permanent. The longevity of ClearPlex on a specific vehicle is directly related to the following factors: 1) Mileage driven, 2) conditions the vehicle operates in, and 3) adherence to proper care instructions.

How is ClearPlex NC removed or replaced?

The film can be removed by using a hard plastic or stainless-steel object (i.e. edge of a plastic credit card or stainless-steel blade) by simply lifting the film on one edge and then pulling, using slow and consistent pressure. Any adhesive remaining on the windshield can be removed with a non-caustic cleaner designed to remove adhesive. New ClearPlex film can then be installed on the clean windshield.

*Average replacement cost of an ADAS equipped windshield according to a 2018 study by AAA (American Automobile Association) and does not include related body work.

This site is registered on wpml.org as a development site.