2019 is the fifth year that Madico has participated in The Walk. Thanks to our wonderful donors, we raised $9k, which beat our fundraising goal. The Madico team, with the addition of some volunteers, completed a 2-mile walk on October 12, in St. Petersburg, FL. During the Walk opening activities, participants are asked to choose a Promise Flower with a color representing their reason for walking. At the end of the walk, these flowers are planted in a Promise Garden, the promise being the end of Alzheimer’s.

Alzheimer’s disease is the sixth-leading cause of death in the U.S. Currently, more than 5.7 million Americans have Alzheimer’s, and that number is expected to grow to as many as 16 million by 2050. More than 16 million family and friends provide care for people with Alzheimer’s and other dementias in the U.S. In Florida alone, there are more than 540,000 people living with the disease and more than 1.1 million caregivers.

The Walk to End Alzheimer’s is more than a walk. It calls on participants to unite in a movement to reclaim the future for millions. Madico Contributes to Fight Against COVID-19

As a U.S. based manufacturer, Madico is committed to doing all that we can to aid in the fight against COVID-19. As part of that... 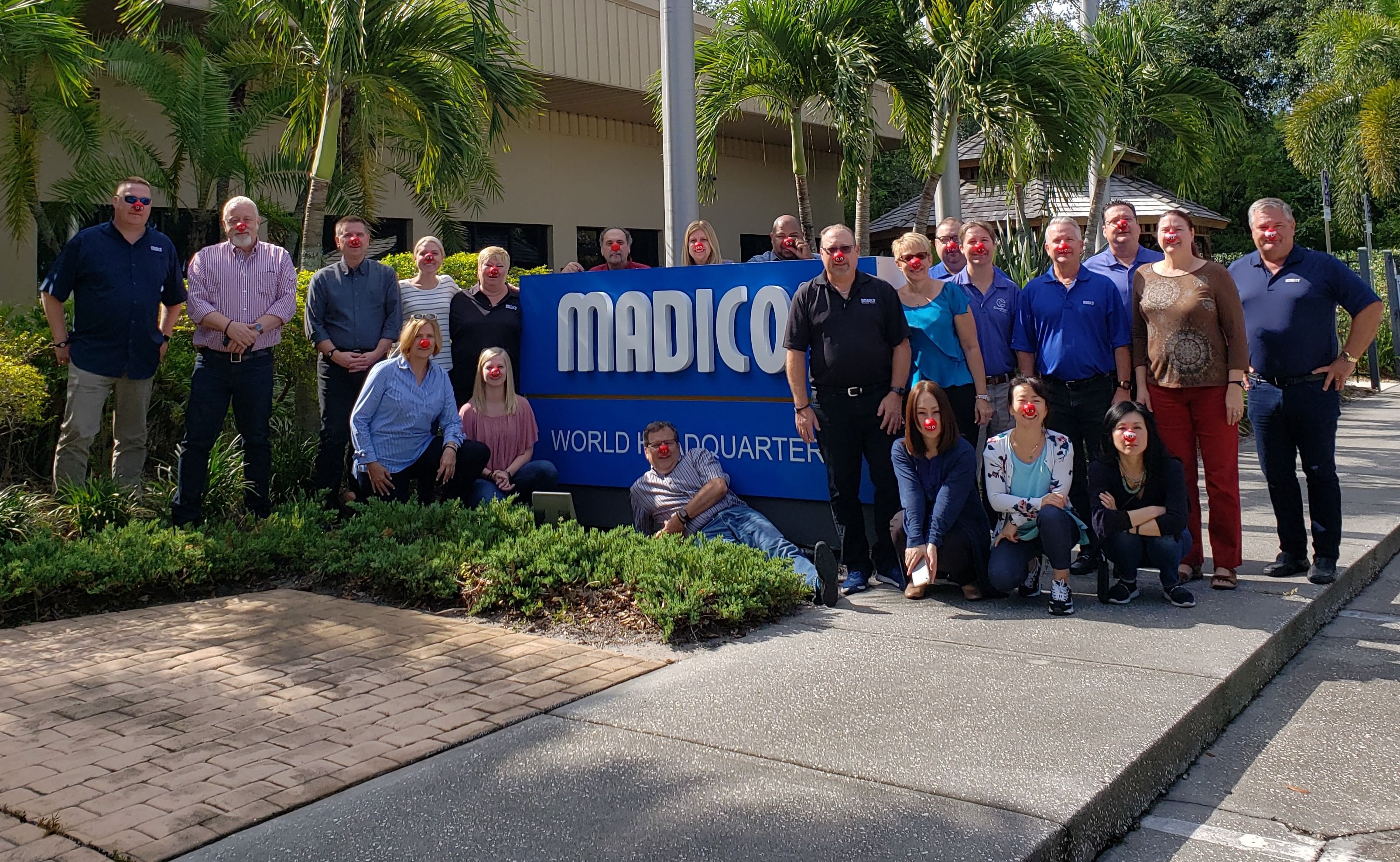 Madico Got Our Nose On!

Madico joined the rest of the nation and got our NOSE ON for Red Nose Day, May 23, 2019! Created by the nonprofit organization Comic...